The end of the heatwave! Overcast, windy and pretty chilly. At least compared to the last weeks.

We spend the morning inside the house and in the garden. Excursion to Mainz Lerchenberg in Mariane's small car and visit at ZDF, where we get the guided tour we had ordered for yesterday. In particular we get to see the legendary (for me) "Akuelles Sport Studio", which is being arranged for tonight's broadcast. We also witness the rehearsal for the outdoor TV garden, which is a live broadcast. I sat half bored listening to the extremely selfcentrered host Andrea Kiewel but Simon smiled and chuckled. Afterwards he tells me that it reminds him violently of a satirical feature of the boys from Angora, namely Tutti-Frutti-Stunde with Sylvian Augtenthaler. See it yourself here I had to agree with him. There were several similarities. For example, having two rally drivers sitting in the back seat of a moving racecar and picking a boiled egg as quickly as possible. And similar follies. Thus well entertainted, we drove back by car to Wiesbaden, where we spent the rest of the day having a barbecue, which the dear Volker and Mariane had prepared. Their son Johannes, known as Jo-Jo came also visit with his girlfriend Nathalie. We drank inappropriate amounts of beer, and it was late before we went to bed 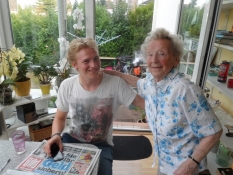 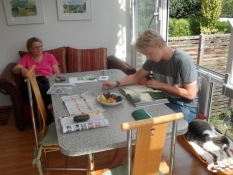 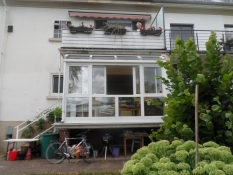 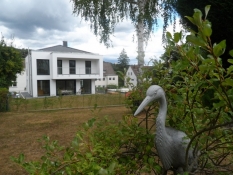 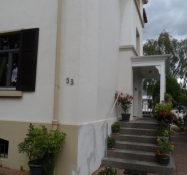 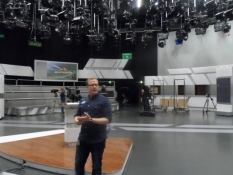 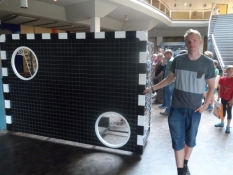 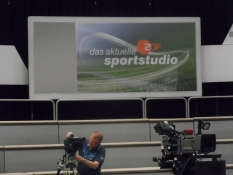 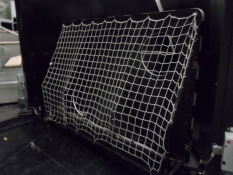 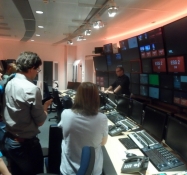 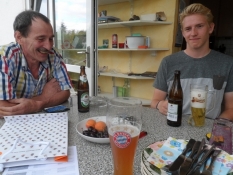 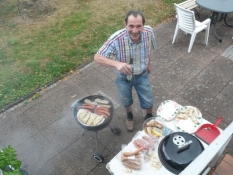 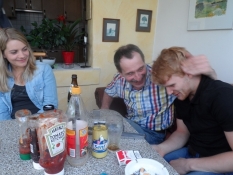 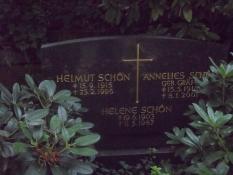