The third day in the Iron Curtain Tour's four-day introduction from Naesby to Klaipeda. Mainly on minor roads and on bike lanes along major roads. 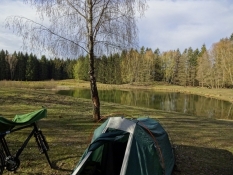 Frokost i vejsiden/Lunch at the roadside

Text message, May 3rd 8.51 Hi everyone. Your cycling mate has reached Sweden after a long stage with a lot of headwinds. But nice sun. And it shines again today. Arrived in twilight here to my forest lake in loneliness. So beautiful. Had a good time swimming in the lake and cooking in the tent, chili con carne with rice and a cucumber. The dishes are not done yet, so it smells of food in here. So now I have to start. After cleaning and packing I have 120 km across Scania ahead of me. Not a light program. But the wind has settled. My goal is a campsite in Blekinge, another one of the old Danish counties. Along the way, I'll look at Kristianstad if I have the time. Built by Christian IV in Baroque style. Have a good time at home or wherever you are. My son Simon, for example, wanders around the Himalayas. Hugs from Helmuth 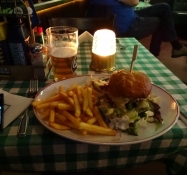 FB-post, May 3rd, 22.39: Hello friends. Sitting at O'Leary's pub in Kristianstad and having wiped a burger along with a Brooklyn ale and  the Champions League in the background. The stage today ended up with 91 km instead of the planned 121 km. The headwind proved to be stronger than me today as it slowed me down too much to make it to my goal. I made only 10 km/h in average speed today. It's also quite hilly here in northern Skåne. But very beautiful when the sun shines through a newly sprouted forest with a blanket of anemones below. Sun all day. The tent is pitched on the town's campsite. There I enjoy the amenities after my primitive overnight stay in the forest yesterday. Incredibly beautiful morning there. See the picture. Tomorrow I have to ride a little longer than planned. I want to reach the ferry to Lithuania in Karlshamn at 5, and I can do that. 65 km at today's pace requires 6 1/2 hours. So I have to leave at 10.30. And it always takes three hours from waking up in the tent until I roll out of the exit. So I know when to wake up. Sleep well everybody. Your's Helmuth 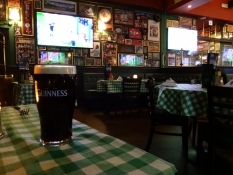 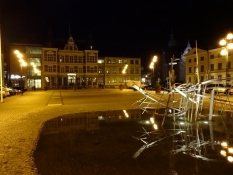