Third day of the second part of the Iron Curtain Tour, the five days from Klaipeda to Riga. Due to the short stage yesterday the planned goal in Mikeltornis wasn't to be reached. In stead I took a hotel in Ventspils, about 43 km short. The longest stage in terms of cycling hours overall: 8 hours, 37 minutes and 51 seconds!

Text message, May, 7, at 8.32: Dear followers here. Yesterday turned out a somewhat different day on sandy trails, where I couldn't bike, but had to wheel through an endless seeming coastal forest here in southwestern Latvia. Tried to escape from the coast, but was stopped by a swamp. Off went the luggage and back I went. Escaped with almost dry feet. After four hours I could cycle again. In light headwind, as I know it. In the city of Liepaja I shared splendid and new bike paths with many pedestrians. Put on a lot of clothes, as the northern wind is icy. The harbour looked totally worn down and a bit Soviet style. Around me I heard a lot of Russian and only little Lettish. After shopping at a hypermarket I decided to try the hostel in the former prison, I've mentioned. On my way I had my front mud gear destroyed. I must have touched it with my foot when I mounted my bike. Well, the mud gear went off. I can do without it. Hostel at Karosta was closed and looked deserted. Instead I bought two bottles of water and pitched my tent in the coastal forest. Karosta's a strange town. Totally Soviet style with Russians, who still live in derelict blocks of flats among battered streets. A lot of garbage floats around. The Iron Curtain Tour as it is. I made only 50 of the planned 94 km, so I won't make my goal today in the headwind. My new stage goal is a hostel in Ventspils, about 110 km up the coastline. They say, it's a beautiful city. I hope, I'll write from there tomorrow morning.  A nice Sunday to all. Hugs from Helmuth. 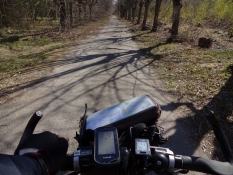 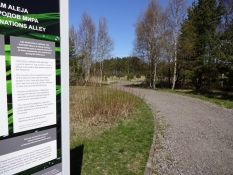 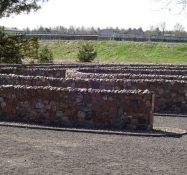 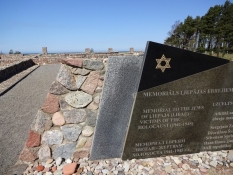 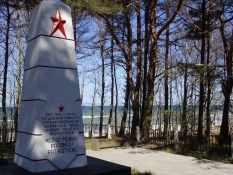 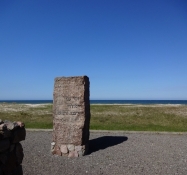 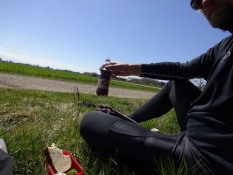 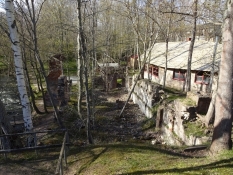 Flot fiskerestaurant ved flod, hvor jeg ikke spiste/I did not have dinner at this posh restaurant 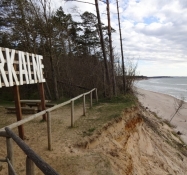 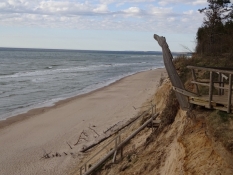 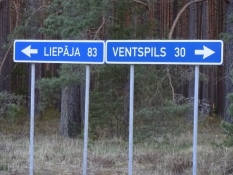 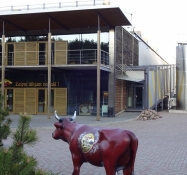 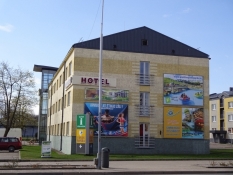