In the morning sun, later overcast, quiet and chilly, 12 to 13°C. Weak winds from North and West.

The fourth stage of the Iron Curtain Tour's third part from Riga to Tallinn.

Text message, May, 14, at 9.38: On may way into Paernu yesterday morning I decided to have the tourist information there to book my a room at Paatsalu holiday centre, and they were happy to do so. Then I knew that a hot bath and a bed was waiting for me after the 100 km. And I've slept like a baby. First I had a look at the summer town of Paernu. It looked quite tourist- minded and not really charming. Construction works were going on everywhere. I had lunch at a restaurant and biked on along the coast and a very stylish golf club. Then followed 6-7 km with very coarse gravel. Coffee I had a lovely place at the coast with a lot of different birds. So I had the binoculars out of the bag. The day before yesterday I saw two cranes while they were eating on a field. The stage yesterday was, after all, easy in perfect weather, not even cold and almost quiet, but, nevertheless, it turned out somewhat hard, for the only reason that I was so tired after the bad sleep the night before. After shopping for groceries I arrived at Paatsalu at half past nine. Just when the sun set. The holiday centre is only half opened yet. So no wi-fi or breakfast. But I have brought everything with me. It's beautifully situated very far out in the Estonian nature down to a bay. And now the only one at work here serves a cup of coffee for me at my bed. Roomservice! And all that for 25 euros. The price level is really nice. I Latvia it was really low, a little higher in Riga. I guess, that's what I' can expect here as well. Today I want to reach Haapsalu, an old baronial and prince bishop town in Western Estonia, a little less than 90 km. The sun shines from a dotless sky. I'll change the route a bit in order to avoid a long gravel road. With my load it's best that way. But there are no major roads out here. Almost no traffic. Very remote. Beautiful, quiet and peaceful. Big hugs to you all from your WARM friend Helmuth. 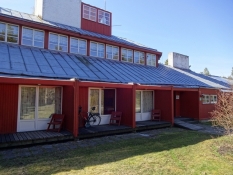 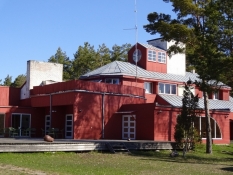 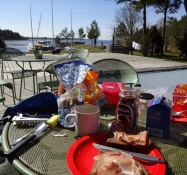 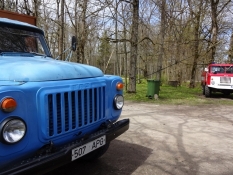 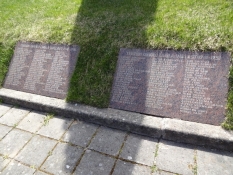 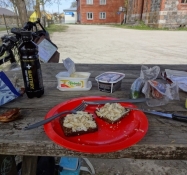 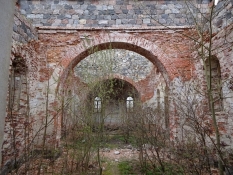 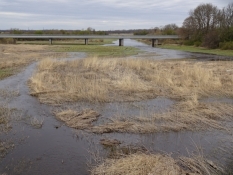 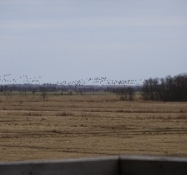 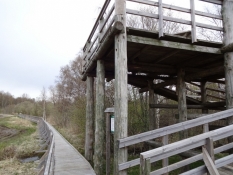 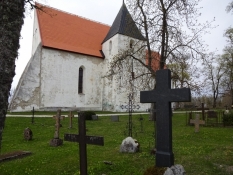 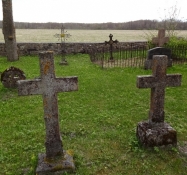 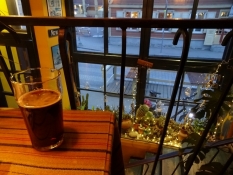 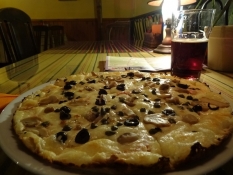 FB post, May, 14, at 21.52: Hi folks. Good evening from Haapsalu, western Estonia. I've just swallowed a suur (big) pizza at P. Grande. The day today was easy and pleasant. Well rested I left Paatsalu holiday centre. A lovely place, built for industrial bosses in the seventies' Soviet Union. Now it's run by Mikkeel, who treated me like ... well like a boss. For just 20 euro. I gave him 25, and he was a bit uncomfortable with that. It was so nice to sleep for about ten hours in a bed after two very cold nights in my tent. Now it's warmer, as it's overcast. A few drops of rain today, but apart from that lovely weather. I stay at Camping Pikseke in a suburb of Haapsalu. Tomorrow I'm going to buy a warmer sleeping bag. And go on. My goal is a nature camp site and from there to Tallinn the day after tomorrow. Kilometerdeficit is a place in Latvia. Estonia is the easy country. (Latvia is called Letland in Danish, and 'let' means 'easy') The photos (attached to the fb post) are from a romantic forest lake in Latvia. A cute little church in southern Estonia, my lunch with non-alcoholic beer in Paernu and Paatsalu holiday centre. Read on from Tallinn, where I've booked a hostel. Hugs from the cycologist Helmuth.