Sunny and warm. Only light winds with no effect on the cycling. Very beautiful sunset.

The second stage of the Iron Curtain Tour's fourth part from Tallinn to St. Petersburg

Text message, May, 19, at 8.36: Goodmorning, dear followers here. I've now reached a very beautifully situated campsite down to the beach near Vosu after 108 fairly easy kilometres yesterday. It was a quiet and grey day, neither cold nor warm. The route was flat and the roads were good. On top of that the coastal landscape here in the nature park of Lahemaa is really lovely. I saw much wildflife. A lot of deer and foxes, storks and one crane. It's very thinly populated here. The villages were quite dull, some of them even ugly and neglected. It is a nature park after all. That's why I'll be a naturist, put on my birthday suit and have a morning swim. The sun is shining brightly. And there's wind. I'm keen to see the direction of it. Today my plans are to cycle about 85 km along the Estonian northern coast to the east. I have begun the Iron Curtain Tour's fourth part, the five days between Tallinn and St. Petersburg. On Sunday I'll go into Russia. I forgot to tell you about Joonas. I made an acquaintance yesterday, when I met a Finnish bike tourer, whom I accompanied for some distance and made an appointment to camp with. He's still asleep and snoring in his microtent next to mine. Im happy to have some company and we chatted for long in the kitchen yesterday evening. He's just started on no less than three months of biking from Helsinki to Tallinn by ship and then southbound along the Russian border. Hungary is his loose goal. He also wants to cycle home to Finland again. He's a hilarious guy. With a huge beard. He looks like a Taliban on bike holiday. We intend to go along together today as well. That's grand. We speak English with one another. He's sceptic about my Finnish. Well, that's okay. Have a nice Friday. I'll be back. Cycelogical greetings from Helmuth. 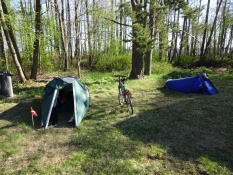 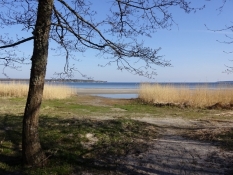 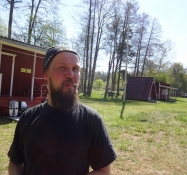 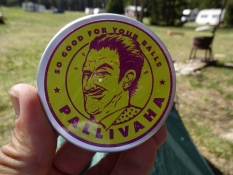 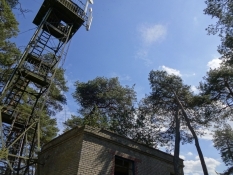 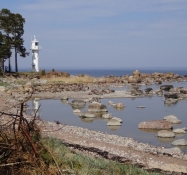 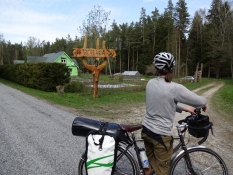 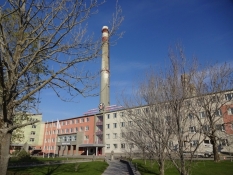 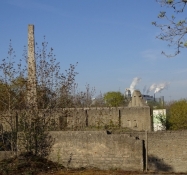 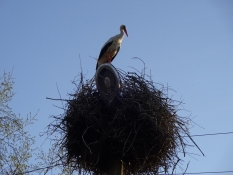 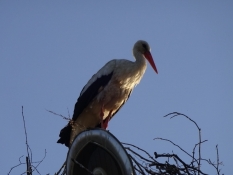