Rain all day long, chilly and a stiff breeze from the West.

First the small gravel road back to the road to Salo. No bike lane. In the town I found a bike path along the river and a good road along it. Later a good gravel road via Vähä Hiisi to trunk road no. 52. First I passed it, as I had planned a back road into Somero, but missed a turning point, so due to the strong tail wind I was quickly back at the main road, which I followed into Somero, despite it had no bike lane and traffic was heavy. After supper in Somero i followed another main road with a bike lane and then via Torronsuo directly to Forssa. Very late arrival in darkness, around 11 pm.

Today's stage was prolonged because of the short stage yesterday. As it rained all day long, it was not so pleasant a stage. The most heavy downpours I waited in shelter at different places. I went wrong once, so I had to drive 10 km on a main road. I had originally planned a nature camping accomodation at a lake 27 km north of Forssa. Therefore I absolutely inteded to go to Forssa to day. I became a long, wet and at last dark stage. In return I luxuriated with a hotel room in the town centre of Forssa, where I could dry all mit wet clothes and the tent. 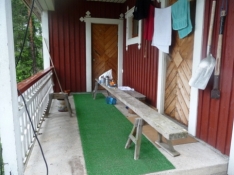 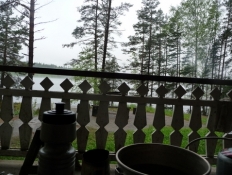 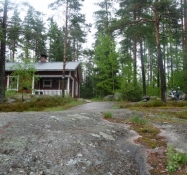 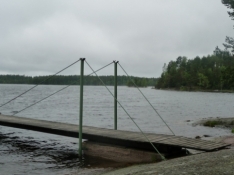 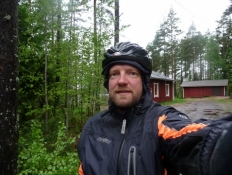 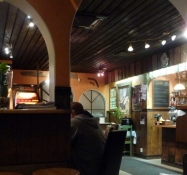