Through Tampere on urban roads, mostly with bike lanes, first to the church in Kaleva. Forest trails along a lake. Well signposted, but circuitous bike route to Olkahinen. Then I get the help of a fishmonger to find a closed road, open to bikes for Ranssila. Here for the first time I learn the Finnish word "kelirikko" which means "bad road". In practice it is a dirt road, actually of quite varying quality. Here they just had dumped gravel, which the cars were to make even. My bike wheels sank however deeply in and it was tough 15 km, until the road ended. After Orivesi I wanted rather to follow Highway 9 towards Jyväskylä, but the traffic was intense and edge strip fairly narrow, so sometimes I chose the accompanying road where I found one. One annoying detour, where it lead to some distant houses far from the main road. And there were many holes in the gravel. In addition, quite a few hills, so a tough trip all in all.

First stage of the second part in Finland, in two days to Jyväskylä. The plan was to go to the village of Halli, a little over half way, but the aforementioned difficulties meant, I did not make it. The bad Finnish gravel roads had mad a bad impression on me, so I left it for tomorrow, if I would make the detour past Halli on a quite long and, on the map, small road. In addition the shin splint was quite bad now and caused some pain, especially in the morning. The stage's goal became the village of Längelmäki, on the map called Länkipohja. Here I pitched my tent at the small harbour down at the lakeside. Supper from my supplies in my bag. 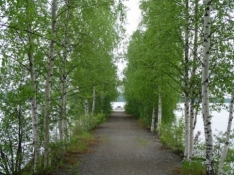 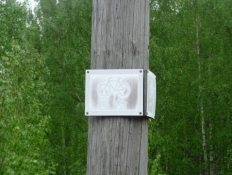 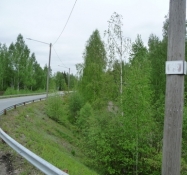 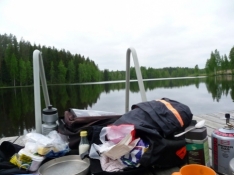 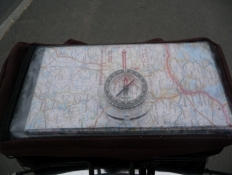 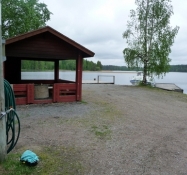