Overcast and quiet. When I hit the road in the evening, it was totally quiet, still overcast. 'No' weather, actually.

Northbound on the E6 and E69. Sounds like big highways, but as it was, no traffic and a fairly narrow road along the fiord of Porsangen. But excellent tarmac and only a few climbs, as there were many tunnels.

The friendly bus driver had dropped me at the camp site and my broken bike at the Intersport sports shop in Lakselv town centre the evening before. So that's where I went in the morning, about 3 km. But they had never seen a wheel hub, like I unpacked it, dissembled, on the desk. My hope sunk. But I got a phone number of a bicycle repairer some 25 km in the direction, I wanted to go anyway, and there was a bus service to the place. My hopes were fed again. I carried the bike to the bus station and walked to the camp site in order to get packed. Then I took a taxi into town with my luggage and had my bike with loose rear wheel and all the luggage on board the bus, which dropped everything off at the roadside. I left the luggage here and carried my bike about one kilometer to the bike repairer, who said it was a standard ball bearing and fixed my problem immediately. Marvellous! So I put the luggage on the bike and hit the road. So now I was on my way to the North Cape on my bike anyway. Cooked some soup near the road and was followed by a flock of reindeer. Beautiful stage in the long evening light along the fiord. And I made it to Repvaag, where I had planned to camp anyway. I pitched the tent on the lawn outside a closed café, knowing it would be open the next day. It was touching to be cycling again, as I had feared my tour had finished. Tomorrow I would reach my goal. 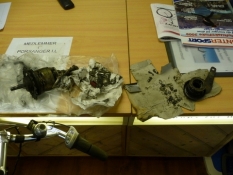 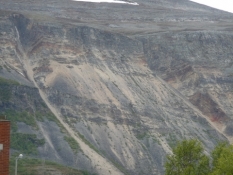 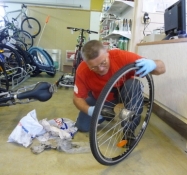 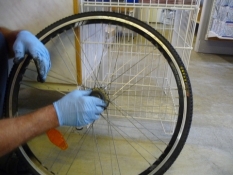 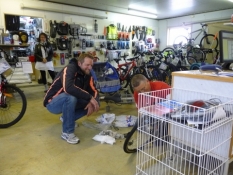 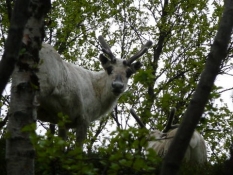 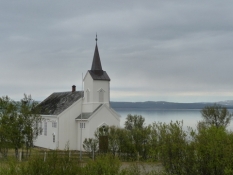 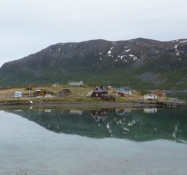 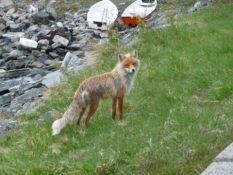 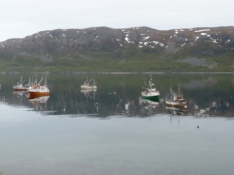 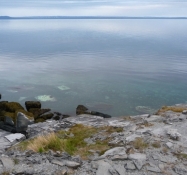 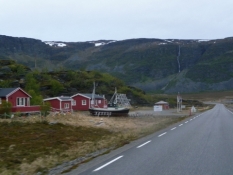 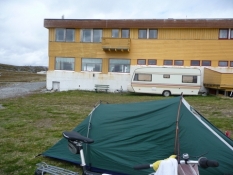 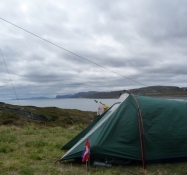