Overcast and first also some light showers, later the weather cleared and the day ended sunny. Light to moderate breeze from the North and Northeast. Chilly, 17-18 degrees Centigrade.

The stage was biked as planned, despite a very discouraging weather report during the week. It improved, though, every day, even if it still rained in Southern Jutland, so Bernhard and Michael went to Fynshav (ferry harbour) by car. I myself biked the 50 km from Næsby to Bøjden in dry, overcast weather with a moderate tailwind. 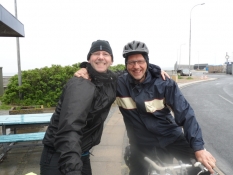 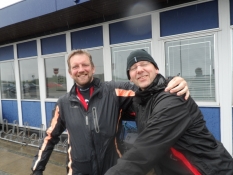 Saturday, the 25th May was the day when the annual cycling weekend with Bernhard and Michael was going to be held. It is now a tradition, and we three brothers always do it in May this year a little later because of the late Pentecoste and also because last year we had really cold weather. We joked it was 'Eisheiligen' in Germany! The tour is arranged in turns, and this year it was my turn to do it. Therefore, going on this year on Funen. Bernhard had been rather pessimistic about the weather forecasts and they looked not too well with a lot of rain and plenty of wind, but the day before the outlook was sufficiently good that we decided to implement the weekend as planned. The first task was to meet in Bøjden ferry port at the arrival of the 12-ferry from Als. Bernhard drove by car to Fynshav, while Michael was driven there by his wife Lis. I biked the 50 km from Næsby to Bøjden as preparation for bike weekend, because I had better weather on Funen than the other two in South Jutland. In addition, a fresh tailwind, so after 2½ hour I was on the spot with a little rest, as usual, in Brobyværk where it is beautiful and cozy at the water mill and meadows near Odense River. It was a little cool, so I went into the ferry port waiting room and waited for the ferry's arrival. At 12.50 it had docked, and the three brothers were united and happy to see each other. 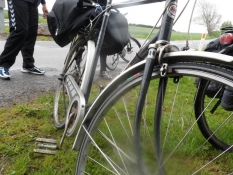 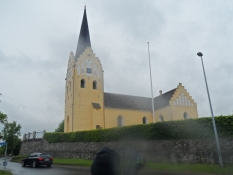 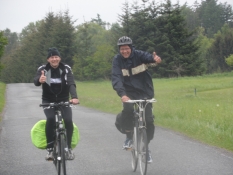 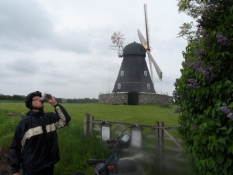 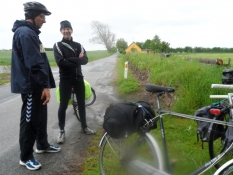 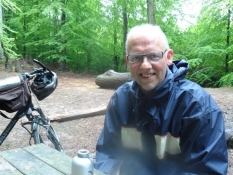 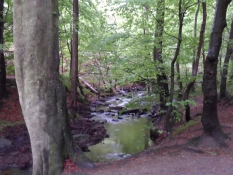 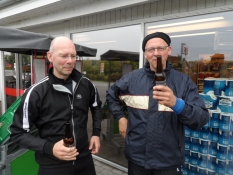 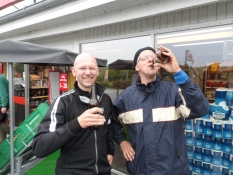 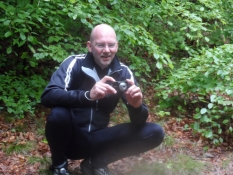 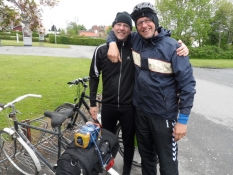 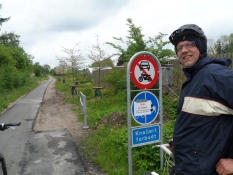 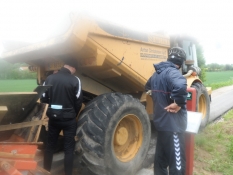 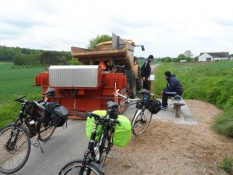 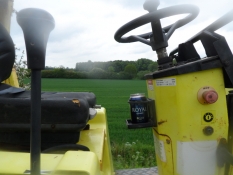 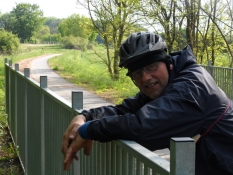 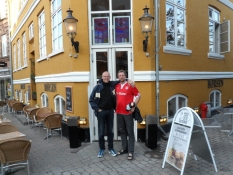 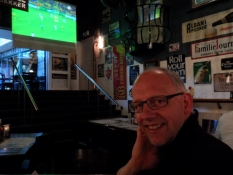 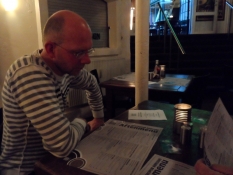 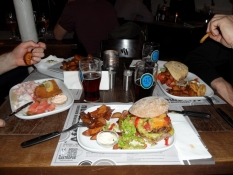 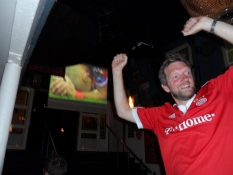