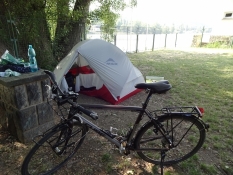 My friend Kolyaʹs bike and tent, pitched right down by the riverside 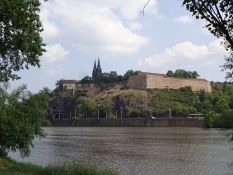 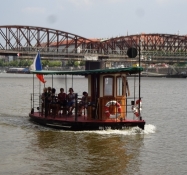 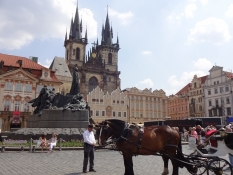 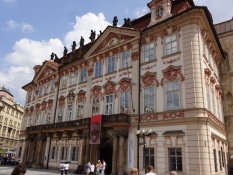 The Kinský palace on the city hall square. Today it is home to the National Galleryʹs administration 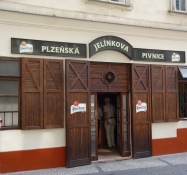 Kolya once lived in Prague, and this was his favourite pub, Jelínkova pivnice

The Goethe Institute, home of the German language, for centuries dominating in Prague

The art nouveau style, common in Prague, really hailed the beauty of the female body 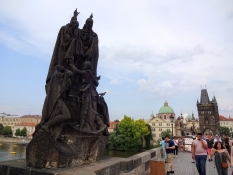 One can see many statues and tourists on Charles bridge, one of the oldest bridges north of the Alps

Two extraordinary astronomers, who lived in Prague, are honoured here. The German Kepler ... 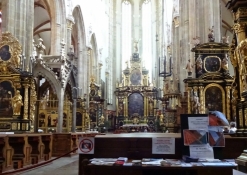 ... and the Dane Brahe, who is buried in the Týn cathedral, which this is a glance into 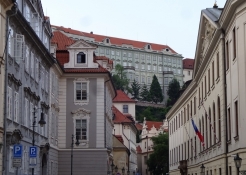