Warm and sunny weather. However, at high altitudes the temperature dropped somewhat, especially after sunset, and the night was cold, 4 to 5°C.

The first part of the route through the Schoellenen gorge runs on a bike lane along the road, while the last two thirds of it runs on a splendid, separate tarmac bike track, where it's only allowed to go uphill.

Before the cycling prologue we have managed the following stretches by car, train and bike: From Odense to Weil on the Rhine by car (the previous day), from Weil on the Rhine to Basel central station by bike (6 km) and from Basel to Goeschenen by train with an interchange at Erstfeld. 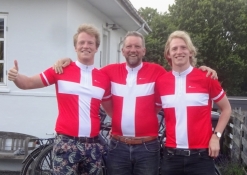 Alexander, Helmuth and Simon (l. to r.) ready for take off 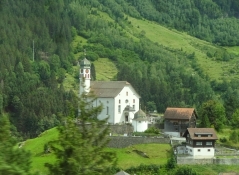 A view from the train to Goeschenen in the Reuss valley

Monument to Louis Favre, the constructor of the Gotthard railway tunnel, at Goeschenen 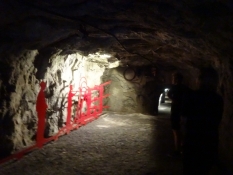 A glance into the exhibiton tunnel at Goeschenen 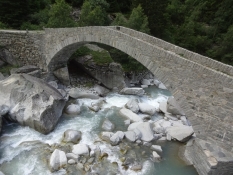 A bridge for walkers at the beginning of the Schoellenen gorge 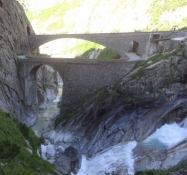 The two existing Devilʹs bridges. The older one is now for bikers and hikers 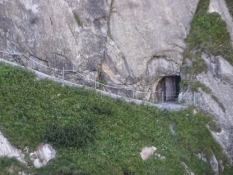 Entrance to a military tunnel, omitting the Devilʹs bridge 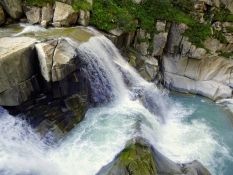 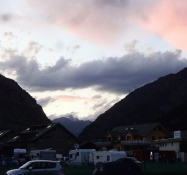 Evening atmosphere at the campsite of Andermatt