Chilly, overcast and moderate westerly winds. But dry all day. In the evening a clearing up and a little sun.

Gravelpath on the dike on southern Lolland. Separate bike lanes on Fehmarn, then a complicated route through Burg and down to the bridge to the mainland. From Grossenbrode bike lanes along major roads. The last part again on minor roads towards the camp site in Kellenhusen.

The stage falls into to pieces, one in Denmark, the other in Germany. In Denmark I cycled through the town of Nakskov, then on the road to the south coast and on a gravelpath on the dike to Roedby ferry port. From here I took the ferry to Putgarden in Germany. The first German stretch went through the island of Fehmarn. Steep ramp to the Fehmarn Sound Bridge, which I crossed on a separate, but very narrow bike path. Now I was on the German mainland, in the Land of Schleswig-Holstein. 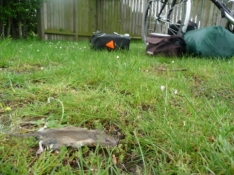 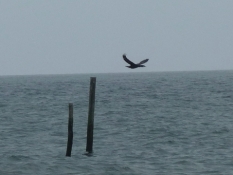 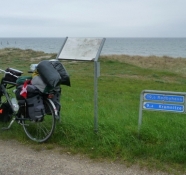 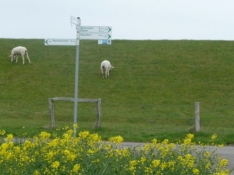 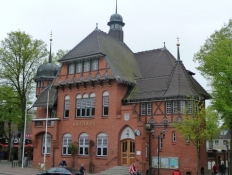 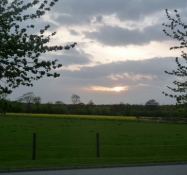