First sunny, later cloudy and rainy in the afternoon and evening. Windy from westerly directions.

City streets in Oulu. I took advantage of the magnificent bike path net, partly on gravel, partly tarmaced. Well signposted bike routes lead also to the islands in the Oulu river estuary, where some of Oulu's suburbs are situated, e.g. the leisure island of Hietasaari with camping site, indoor swimming pool and a good sandy beach. From here I cycled a track across a chain of small islands connected by bridges. It arraives smack dab on the central market square. Impressive and almost perfect conditions for cyclists.

Rest day and birthday in Oulu. Originally I had planned to stay at a hotel here, but a very friendly Finn, Pekka Koivupuro, whom I shared a cabin with on the ferry to Helsinki invited me home to himself, when I told him I planned to visit his home town on my way to the North Cape. The morning was spent with small repairs on the bike and an interview, a journalist from the daily paper Kaleva made with me. I also made a tour into town with Pekka's wife Päivi. Here we visited the market hall, the market place and the alt salt stocks, the boat harbour and a pub, where Päivi introduced me to her friend Raija. In the afternoon I made a bike trip on my own, on which I saw the cathedral, the ruins of the ancient fortress and the leisure island Hietasaari. In the evening we went into town to have a pizza and some dancing at a posh dancing restaurant. Raija also participated. Pekka and I also visited his girlfriend! Yes, he has a wife AND a girlfriend! At the end of the day we drove Raija home and went to bed very late. 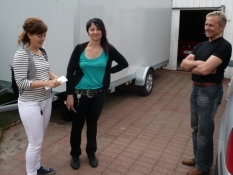 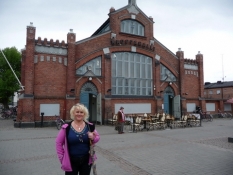 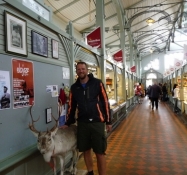 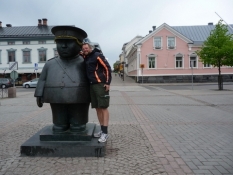 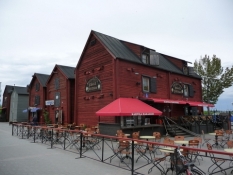 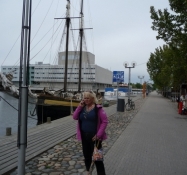 Bådehavnen foran teatret/The boat harbour in front of the theatre 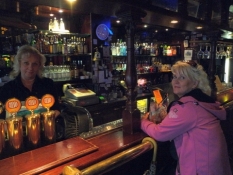 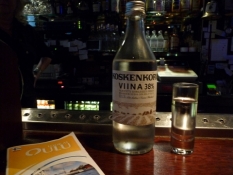 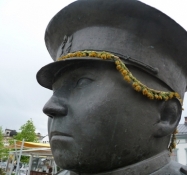 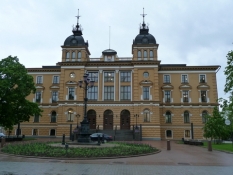 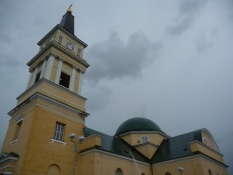 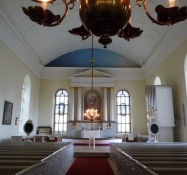 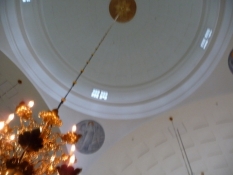 Et kig op i kuplen/A view up the cupola 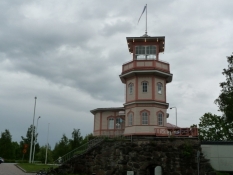 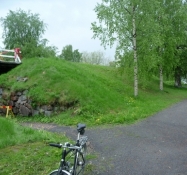 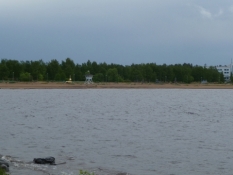 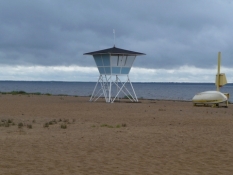 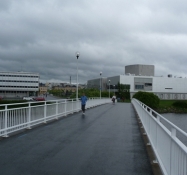 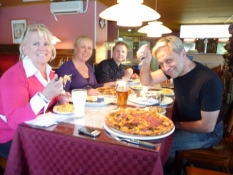 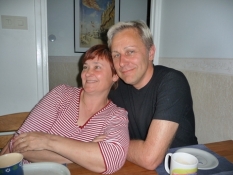 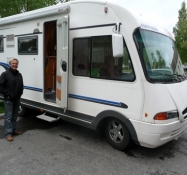 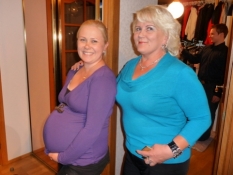 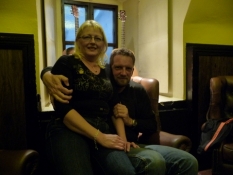 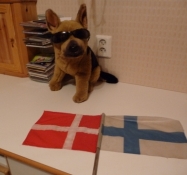 Det flag sad på min cykel. Her i Markkus værelse/This flag I had on my bike. Here in Markkuʹs room 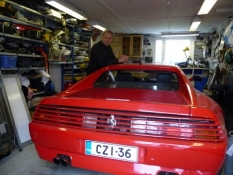 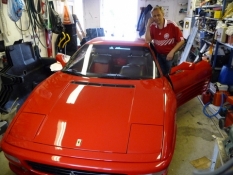 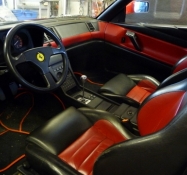