Cold! First rather sunny, then some showers, also sleet! Later dry weather and the skies cleared. Moderate headwind. In the evening weakened.

Through the city centre of Kemi and on a bike path across the river Kemijoki. From here on a good road along the river without heavy traffic. At Tervola I chose the other river bank road in order to avoid the traffic on main road No. 4. That was a good idea. But at Ossauskoski I cross the river again on a hydroelectric plant and after a shortcut on a gravel road I go to Rovaniemi on the main road anyway. The last about 20 km there is a bike lane. In Rovaniemi I crossed the railway bridge on a bike path and went down to the camp site on the river bank.

The second stage of the two-day-stretch from Oulu to Rovaniemi, Finnish Lapland's capital. Characterized by the cold weather and the headwind. First a trip round the harbour promenade in Kemi. Then cross Finland's biggest river Kemijoki and along it for the rest of the day. Once I have to pass a sleet shower! I had my lunck packet sheltered behind a shed at the roadside. The headwind takes a lot of power. Coffee break in a kiosk in Tervola. Chatted Finnish with the girl in the kiosk. Had a look at the hydroeletric plant of Ossauskoski. There are many of them on this river, so it's mostly dammed lakes. At another power plant I cook a soup with bread from my supplies for supper. It's almost 12 o'clock before I arrive at Ounaskoski camping in Rovaniemi, but there's still daylight. Very pleasant hot shower and to bed. 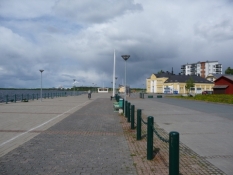 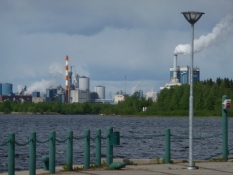 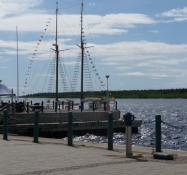 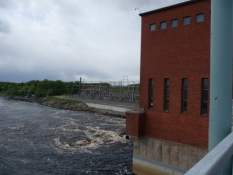 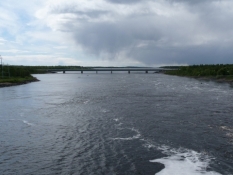 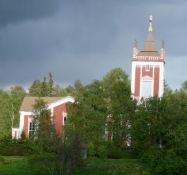 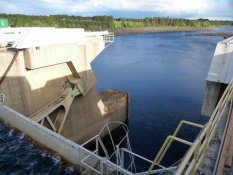 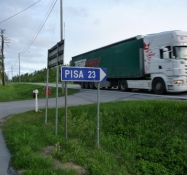 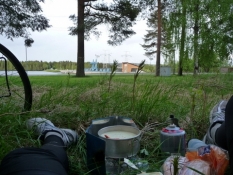 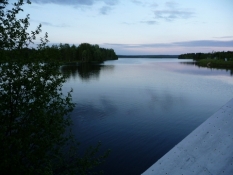 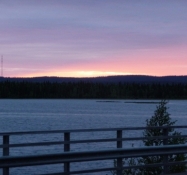