The breakfast was excellent. In addition to baguette, croissants and jam, there were again melon boats and ham, four types of cheese, and on top of it omelette with porcini mushrooms, plus coffee, hot milk and orange juice. Delicious!

We were in the saddle shortly after nine. It promised to get hot today.

From Bram we took road D33. From other guests in the Chambres d'Hôtes we had received information that the way along the canal is very narrow and poorly ridable till Carcassonne. This is also confirmed at the point where road D33 crosses the canal and where we could catch a look of the small path. A few meters further on we turned left off road D33 and cycled on narrow paved roads through villages and along fields. We had the wind behind us and made good progress. Before Villesèquelande there were a few hundred meters bad asphalt road, before we came back on road D33. We missed the branch back to the canal, because we discussed alternatives to the train journey to Perpignon. The road was freshly paved and it rolled very well, but the number of cars increased with the proximity to Carcassonne.

Shortly after the airport we cycled through a commercial area towards the Canal du Midi and continued on the road along the canal to the station.

After the train station, we continued on the cycle path along the Canal du Midi. The surface is water-bound and with fine split. But it is much better to ride than before Bram. The vegetation is as exchanged. Instead of deciduous trees now almost exclusively conifers. Oaks are used for reforestation along the canal. 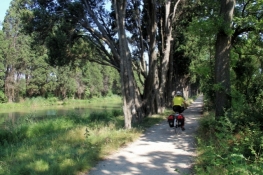 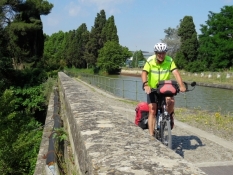 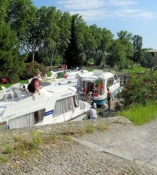 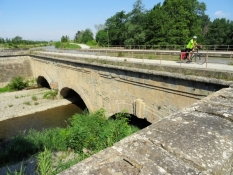 From the small town of Trèbes we left the canal bank. On rural roads, it continued instead. The large vineyards were increasing again. The small places were without recognizable sights. Before Puichéric we crossed the Canal du Midi for the last time. From now on we cycled east-southeastwards towards Narbonne. The terrain soon became hilly again. The temperature had now climbed to 35°C in the shade. 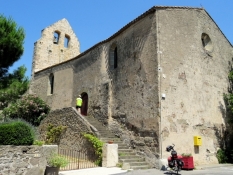 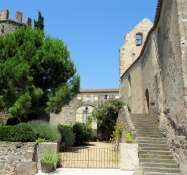 Church and Château in Roquecourbe-Minervois 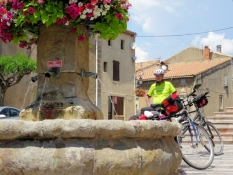 After 86 kilometers we arrived at the outlet of a silent valley at the monastery Sainte-Marie de Fontfroide. The former Cistercian abbey is very well preserved or rather restored. Thanks a private initiative. We could safely store bicycles and luggage in a lockable dog box. The tour through the monastery with audioguide impressively explained the structure and architecture of the monastery complex. Definitely worth seeing. 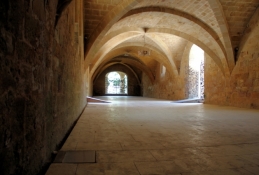 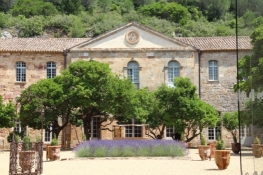 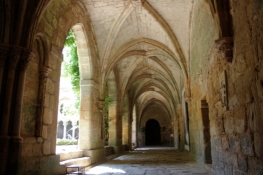 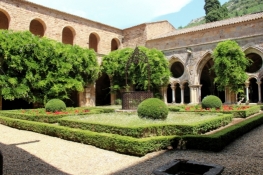 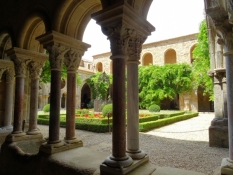 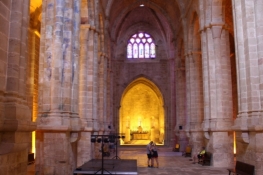 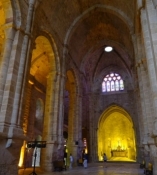 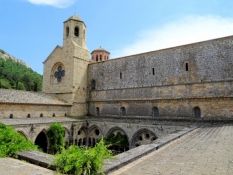 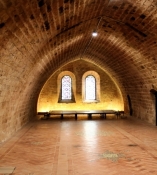 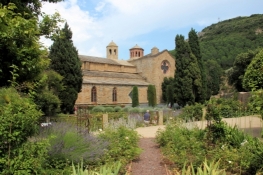 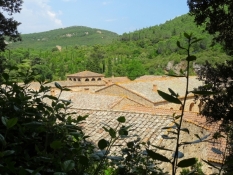 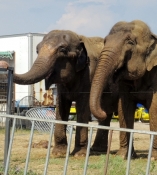 Elephants cool off in the heat 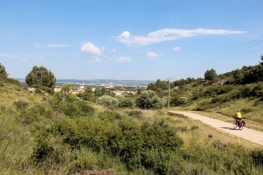 After two kilometers we were back on road D613. The traffic was busy there. Through a landscape with limestone cliffs and lots of coniferous wood bushes we cycled on D613 northeastwards to Montredon. From there it continued on a narrow bike path. Two kilometers further we rolled from a hill down to the suburbs of Narbonne. The Cathédrale was already clearly visible. But it was another six kilometers to the city center. 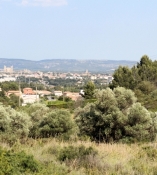 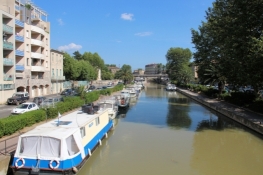 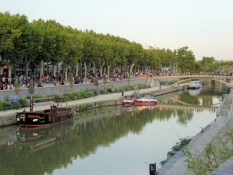 On that day the "Fête de la musique" took place in the city. That's why we had difficulties finding accommodation. We were lodged in a small Chambres d'hôtes with an active elderly lady. She let us move the bicycles unceremoniously into the still free second guest room. The guest rooms are located in a medieval corner house. The shower was installed free on a room wall afterwards. The toilet is located halfway up on the stairs.