We didn't take the breakfast in the hotel we cycled a few meters to the next boulangerie (bakery) instead. The "big" coffee was small as traditional for the country, but the sandwich was delicious and well saturating.

Along the Canal du Rhône à Sète we drove on a good bike path to the canal bridge near the "Tour Carbonnière". Behind it the cycle path led back down to the canal, but after 300 meters the path was impassable. Because of dredging on the canal, the beautiful route was completely closed. First, the piece backtracked and then a side trip to the "Tour Carbonnière". From the platform of the tower an excellent view of the surrounding landscape. The lowlands next to the road are filled with water and it can be imagined that in the middle ages for the carters there has been no other way apart from the one through this tower. 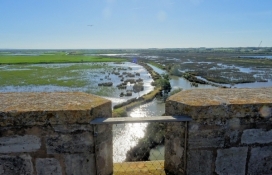 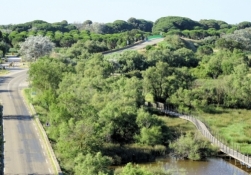 The alternative to the closed bike path along the canal took us a long way on road D58 to the southeast and then back to the northeast, to return back to the planned track. A big portion of this part of the route again were large wine fields on both sides of the road.

When we got back on the track, the landscape has changed. Now, barren pastures and wastelands as well as rice fields are determining. We saw again black bulls and Carmargue horses. 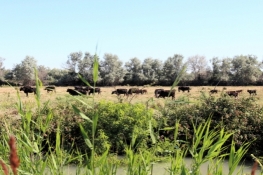 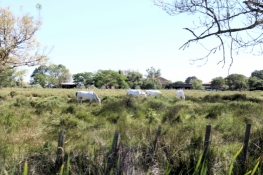 We already had been in Saint Gilles last year. There were again many construction sites this time. The bridge over the Canal is being renewed, the main street in the village and also at the former abbey church of Saint-Gilles is still being renovated. The stonecutter works on the facade are completed; the building is back without scaffolding. And the church was better illuminated and thus the whole interior much more impressive. The crypt could also be visited. Its size is very unusual.

Continuing towards Arles, we took the more southern former route of ViaRhôna. However, the first five kilometers of it runs on busy main roads. Then we turned onto the side street and were almost alone again. The mistral had become stronger in the meantime and blew us heavily into the face in the northeast facing pieces. 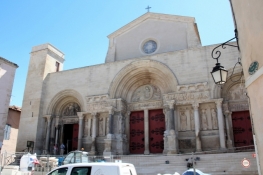 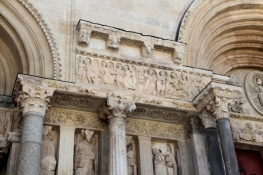 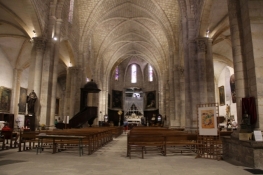 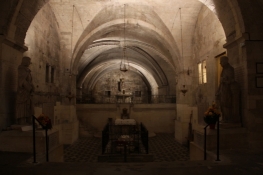 In Arles we had a brief stay; we have both been in the city in the past and had already visited it in more detail. 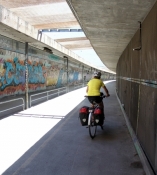 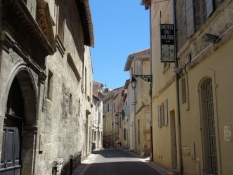 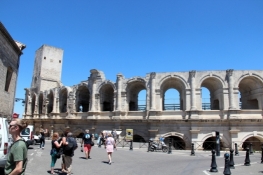 The next stop was the Abbaye de Montmajeur. That's why we left Arles eastwards through the residential areas. After that, however, a short piece on road D57DN was necessary. This road was busy and especially the first roundabout was dangerous. The motorized contemporaries tended to take the right of way when leaving the roundabout.

On road D17 it was quiet again. The wind has become strong, however. Arriving at the abbey, we had to realize that today no visits were possible due to construction work. Bummer! 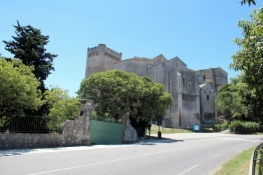 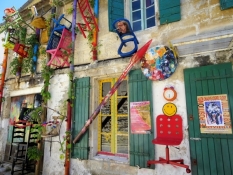 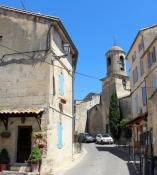 On the edge of road D17 we cycled in slight ups and downs northeast to Fontvielle. We took the old road through the middle of the village, which offered very nice motives.

Then there were ten kilometers through meanwhile flat terrain to Tarascon.

In the village is funfair. Fun rides, especially for children, are assembled on the Avenue de la République and on the square in front of the station.

While looking for accommodation, we already got to know a whole series of streets and alleys. Finally, we were successful in Hotel Viaduc. Our skepticism regarding the noise of rail traffic proved unfounded. We did not notice anything disturbing in the room.

We were also early enough to visit the château. The defiant and powerful appearing Château retains this character also inside. After entering the first courtyard, the lordly domicile towers are to the left, just as powerful and defiant as those outside. One can get there via a second bridge and can enter the courtyard. Around this courtyard, the apartments, chambers and other functional rooms are laid out in four floors. The tour leads through almost all rooms. From the roof terrace we had a view far into the surroundings. 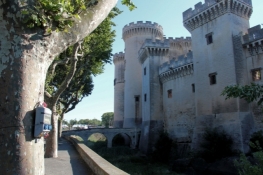 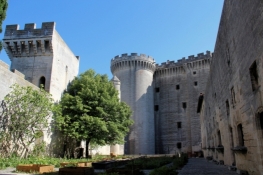 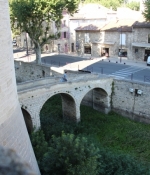 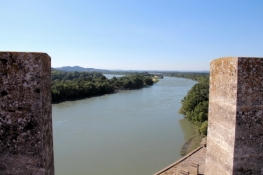 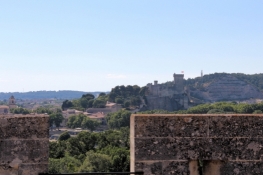 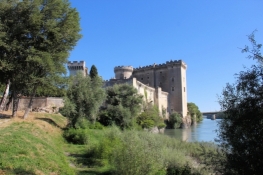 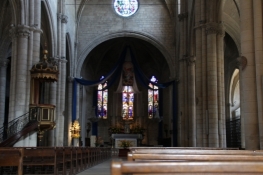 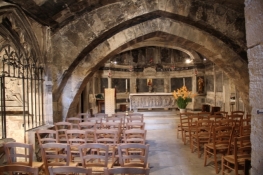 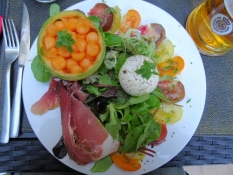 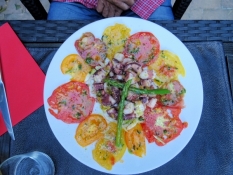