Overcast with a few sunny spells. Chilly and windy.

The Iron Curtain Tour's second rest day between the third and fourth parts. Comprised a bike tour, a lot of wheeling my bike and two walking tours. Unfortunately, I did not register any gpx file to day.

FB post, May, 17, at 7.59: Dear friends. I've made it, then, to Tallinn by way of two fairly easy stages from Haapsalu and have enjoyed sleeping in a bed again. The photos are from the episcopal castle at Haapsalu, good cycle route signposting and the beautiful waterfall at Keila Joa in the evening sunshine. It's six metres high and quite a sight. Before that I visited Paldiski, yet another Russian enclave in the Baltic states. It was founded under the zars as Baltiyskiy Port, and Paldiski is an 'estonification' of the first word. In Soviet times the town was closed and didn't feature in atlasses and on maps. The reason was a Soviet nuclear submarine base of the Baltic fleet. Today many Russians still live there, but under somewhat better conditions than in Karosta outside Liepaja. And roads are good. It's quite clear that Estonia has invested huge sums in its infrastructure. The smaller towns have to wait for a brush-up. Tallinn's suburbs seemed very modern. As if I cycled into Copenhagen. But on even better and especially wider cycle paths.

Today I have another rest day, number two of eight (seven it turned out) My hostel is situated in the old city at the foot of the cathedral- and castle hill, which soars above it. But first I'll have breakfast and  solve some practical things. I'll ask at a pharmacy, if I can treat my right Achilles' tendon with a liniment. It's swollen and hurts, when I grub it. I do feel it on the bike. I don't want it to become my Achilles' Heel on the Iron Curtain Tour. I'll be back tomorrow morning. Thank you for all your likes and comments. WONDERFUL!!  Yours Helmuth. 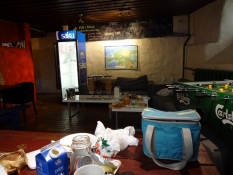 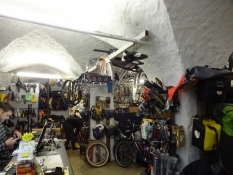 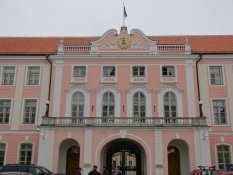 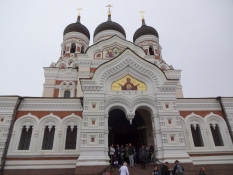 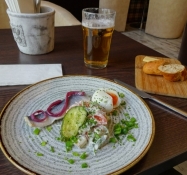 Text message, May, 17, at 13.55 Tere (hi in Estonian). I'm waitng at a hairdresser's in Tallinn's beautiful old city. It has already struck me with it's charm, as little as I yet have seen of it. But practical matters must be solved first on a rest day, laundry, bicycle service (the gear shift yet another time) and now a haircut. That finished, I'll find a pharmacy to buy Voltaren liniment for my sore Achilles' tendon. I arrived here okay yesterday, but made the mistake to trample much to hard in the pedals in order to make a quick arrival. When I arrived, I was completely wasted. That's stupid, because the sun was out and my goal was not far away. Had spent some time at Paldiski, a true remnant of the cold war, because here the Soviet Baltic Sea fleet ran a nuclear submarine base. It was founded under the zars. Later I admired two fetching waterfalls, the last of which was six metres high in a palace garden. Absolutely enchanting in the evening sunshine. A huge schnitzel at a Russian run trucker café, a stop at a high cliff with a view to the sunset, a small shopping stop at a huge hypermarket and the following loss of the bag on the tarmac took a looong time, as did riding on the small, cosy cobble stone alleys, teeming with relaxed tourists. So it was glorious to arrive at my hostel, where I feel like a young backpacker among youngsters from the whole world. I love those places compared to the comfort of a hotel. But mind, compared to a nature camp site the comfort of a hostel is splendid. In the meantime I have solved all my practical issues, and sightseeing can begin after my lunch, herring Estonian style, on the cathedral hill of Toompea. More about my visit of 'Dane castle' tomorrow. Have a nice Wednesday, where you are. Warm greetings from Helmuth.

Text message, May, 17, at 14.06 I mean THE PORT was founded by zarist Russia. The nuclear submarines arrived only later. The Russians used them to tease the Swedes. Otherwise they were pretty useless. But that's a fine purpose in itself, of course ;-) 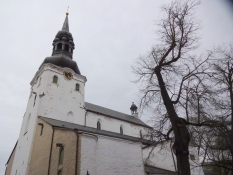 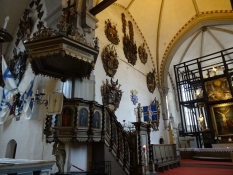 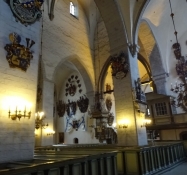 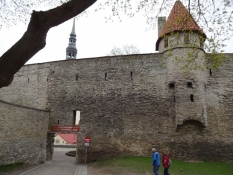 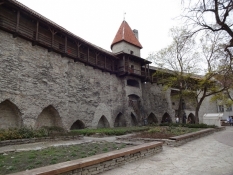 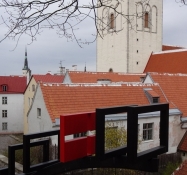 Bemærk dannebrog i kunstværket/Mind the Danish flag in the sculpture 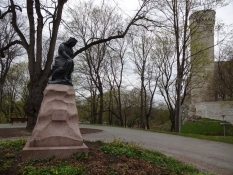 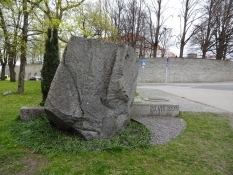 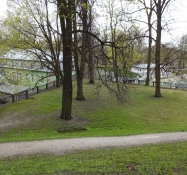 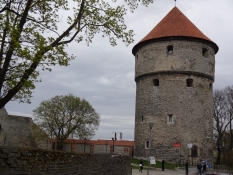 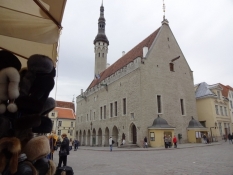 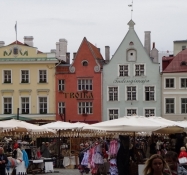 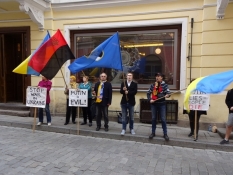 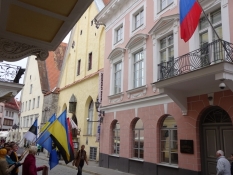 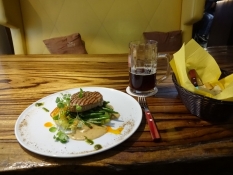 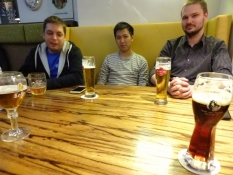 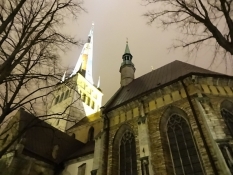 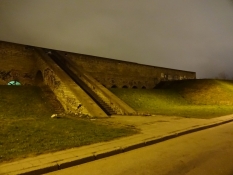 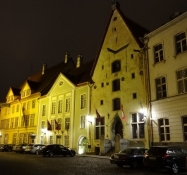