The national cycling network in France has been extended by another 710 km in 2017. The main extensions are:

The remaining 200 km apply to smaller sections in existing or future cycle routes. 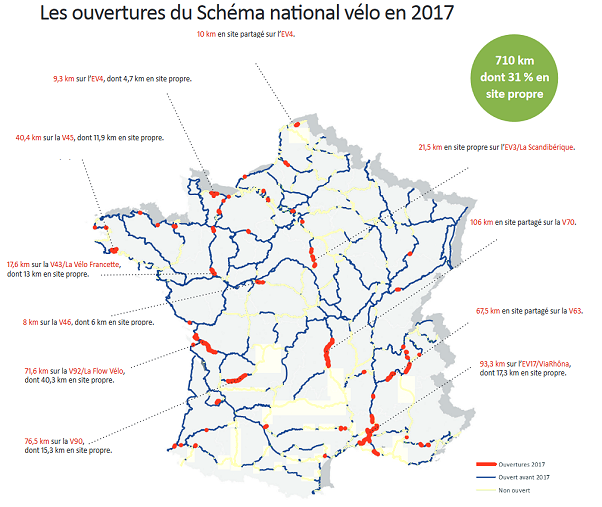 In addition, another 100 km have been opened on the regional cycle paths.

To the original article (in French): departements-regions-cyclables.org