Rainy in the morning, then it brightened up with lots of sunshine. Chilly morning in the rain, but later quite hot. Almost no wind.

My battery recharger is once again stolen at the camp site - down to Omaha beach with both the old and the new memorial - visit at Omaha beach museum with very graphic tableaus from D-day and an excellent film - steep hill and a very narrow dirt track that becomes so steep in a dense forest that we have to remove all the luggage and wheel our bikes up the hill - the American military cemetary at Coleville-sur-Mer, where we first are allowed into the visitor centre and then onto the impressing cemetary with over 9000 crosses in white marble in an impeccable garden setting. Lunch on a bench some way down the stairs - we cycled on with a visit to the beach itself near Saint-Honorine-des-Pertes, where we make coffee and I have a 'shower' under a waterfall, but fail to walk out to the sea - steep ascend back to the road - Kolya and I agree on parting because he wants to stay near the coast while I want to visit the town of Bayeux, about 8 km from the coast - Alone on winding rural roads into Bayeux - many one-way-streets in the centre, which I pass on my way to the camp site - evening visit in the town centre with supper at restaurant Florentin near the cathedral - phoned home - a pint of beer at an Irish pub. 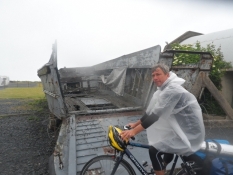 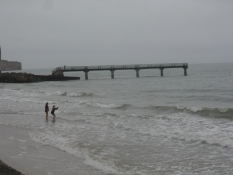 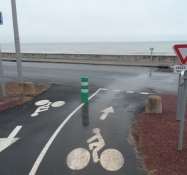 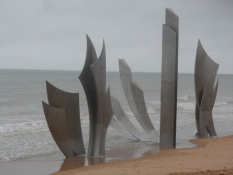 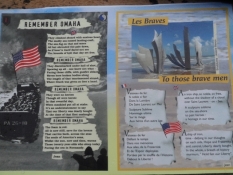 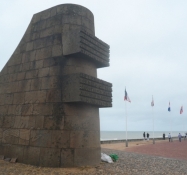 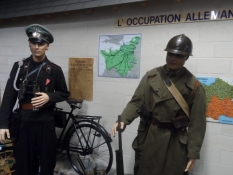 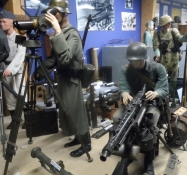 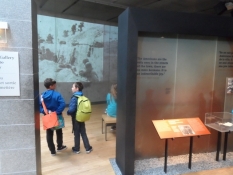 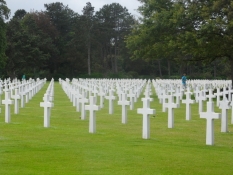 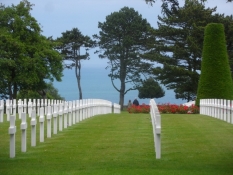 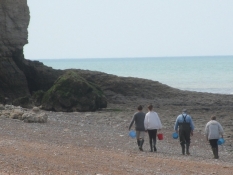 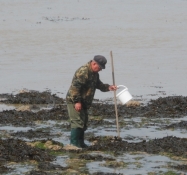 Det lader til, at jeg nyder det/It seems I enjoy it 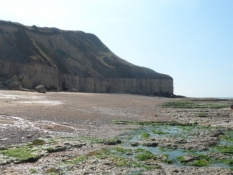 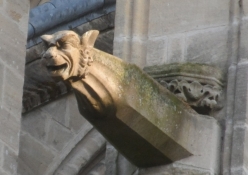 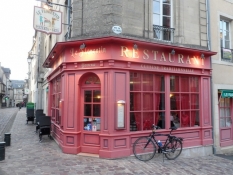 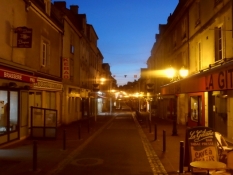