The first rest day of the Iron Curtain Tour after the second part, the five days from Klaipeda. It contained one bike trip to a camping shop and otherwise some strolls to have a look at the city.

Text message, May, 10, at 8.34. Dear lifeline. A warm greeting from the cold Riga. But here in my bed at my hostel in the old town it's nice and warm. I let the day start slowly. Yesterday I had a little snow. Luckily, I brought some winter bike clothes. I wore almost everything on the 125 km from Roja. Only my balaclava remained in the rucksack. I was warmly received her very late. Those, who follow me on facebook know that I already have enjoyed the hospitality and helpfulness of the Latvians. My plans today are to rest, have my clothes laundered, have my bike looked after and installed a new front mud gear and have a look at this beautiful old city at the river Daugava. And maybe some party tonight. Or I'll hit the hay early. I'll see, what I fancy at that time. Tomorrow I'll give you some news before I get the donkey packed and ride on northbound. Your cycologist Helmuth. 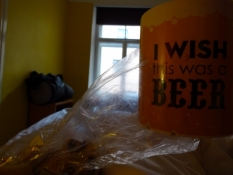 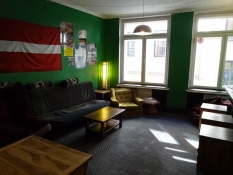 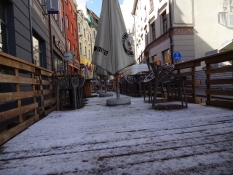 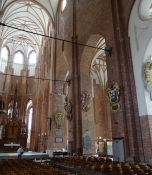 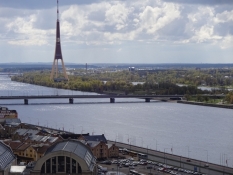 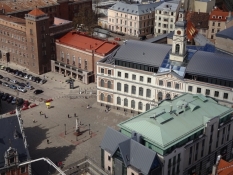 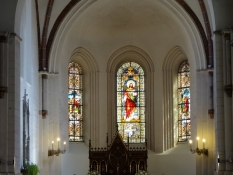 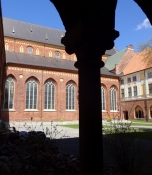 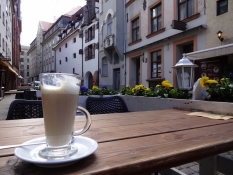 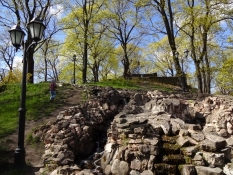 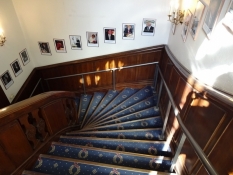 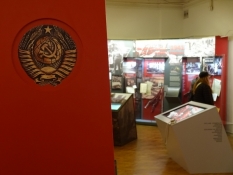 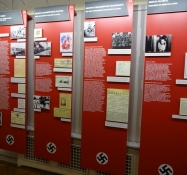 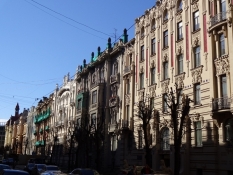 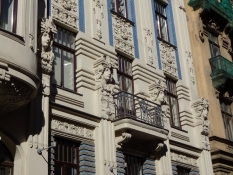 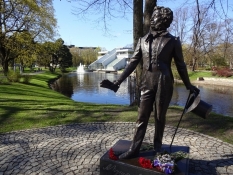 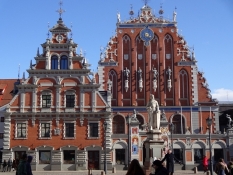 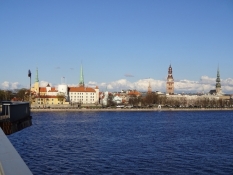 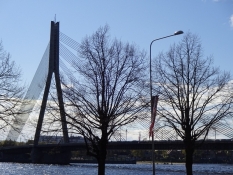 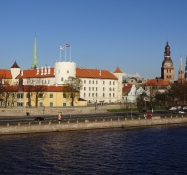 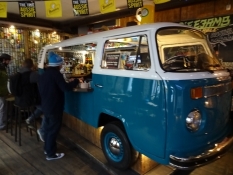 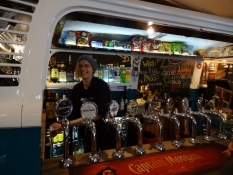 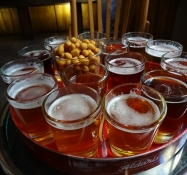 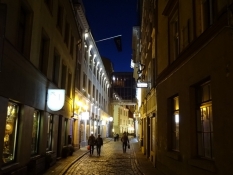 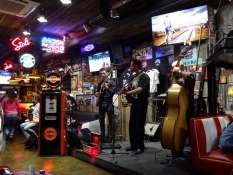 FB post, May, 10, at 22.09: Hi Iron Curtain Tour friends. I enjoy my (nearly) bicycle free day in Riga by the fistful. Litterally spoken I've just had a taste of 13 different Latvian beers from the tap. And a single cider. Somersby??! Didn't know that was Latvian?? But the others seem to be Latvian all right. But first some update on yesterday. I said heartily good-bye to Laima in Roja at midday. Well, it takes some time to finish the chat in a mixture of English and Russian, before I was southbound on my bike in a lovely tailwind. For the first time on the Iron Curtain Tour. But it was bitterly cold and still is. When I cooked a cup of coffee on the gas cooker in the coastal forest it began to snow lightly. It stopped soon, and I thought it would be an easy trip into Riga. But in the bathing resort of Jurmala it turned out differient. A complicated route, which I had planned at home in order to avoid the traffic on the main road made me almost loose my temper. I saw everything from luxurious villas at the seaside, homes for immensely rich people to shabby concrete element blocks, where I heard only Russian language spoken. The Russians have clearly become the new underclass here in Latvia. They do the work, the Latvians themselves don't want to do. And pay back for 50 years of occupation by the Soviet Union. Somewhat disturbing now, 16 years after its dissolution. Well, what I really wanted was to find my hostel in the old city of Vecriga. And I was indeed warmly recepted at the Naughty Squirrel Hostel at a quarter to eleven with a shor, a Riga Balsam, a kind of spicy schnapps and a few of the local Aldaris lagers. The bike was allowed to rest indoor and I had a double bed for myself. But my day in Riga I'll tell you about tomorrow. I can really feel the 13 Latvian beers plus this alien substance. Bis morgen, do zavtra, until tomorrow ... Yours Helmuth