The cold weather's back! In the morning still sunny and quiet. During the daytime chilly, in the evening and night very cold for the time of year.

The second day of the Iron Curtain Tour's second part, the five days stretch from Klaipeda to Riga. The stage turned out 45 km shorter because of very sandy paths, where I had to wheel my bike. Accordingly, I didn't make my goal of Pavilosta, but pitched my tent shortly after Karosta.

Text message, May, 6 at 9.18: Dear friends. I'm sitting in my tent on a small camp site far out in the Latvian national park of Pape. It's fantastic weather. And so is the beach. Sandy all way long. Yesterday I enjoyed a day on the splendid Lithuanian bike paths. In Klaipeda I first had my gear adjusted and had a look at the city. It was called Memel in German times, i.e.. until 1918. At the harbour I saw houses which reminded me of Lubeck, Stralsund and others. Bike lanes were okay in the city with some interruptions. But then it turned out so nice. Here in Latvia roads are a lot poorer. Lots of coarse, uneven gravel. The tarmac roads have lots of potholes. Incredible difference! Today my plan is to cycle 94 km along the coast to Pavilosta. I'll pass the port city of Liepaja, where Russa and the Soviet Union ran an infamous prison, one can visit today. The Germans and Latvians have also subjugated people there. The old imperial Russain naval port of Karosta I also want to see. Then it's probably late. Yesterday I arrived just past eight o'clock. Just before my arrival an accident ocurred. I lost my bag with groceries on the gravel road and my beer can was punctured. So I had to drink water with my supper, tortellini with roasted sausages, bread and cucumber. Now I'll ride on on my staunch iron horse. Have a nice weekend. Hi from Helmuth. 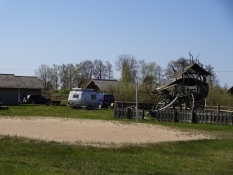 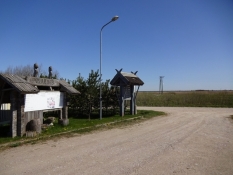 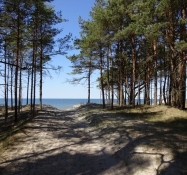 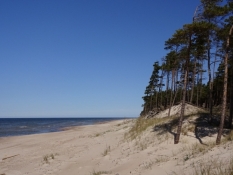 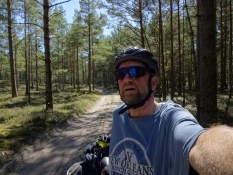 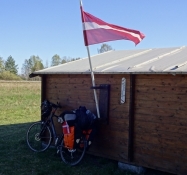 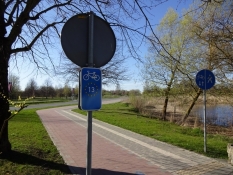 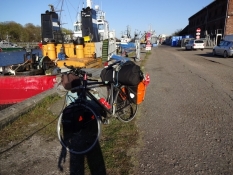 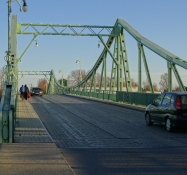 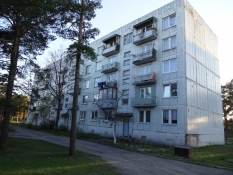 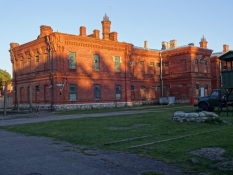 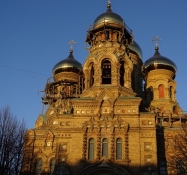 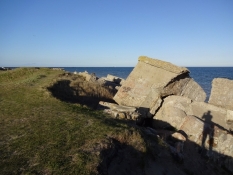 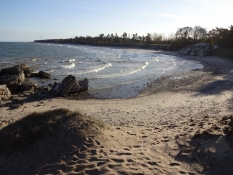 Her badede jeg i sol og kulde/At this idyllic beach I had a dip. Sunny but very cold 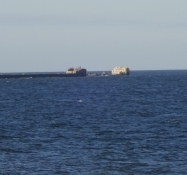