Hot and sunny the whole day.

Minor roads without cycle lanes and cycle lanes along major roads. Basel is an excellent city for bikers, but sometimes it hard to find the continuation of the cycle path after a road crossing. The signposting could be improved.

The day begins with a prolonged sleep, so we do not make it for breakfast at the youth hostel and have instead two buns that were intended for lunch. After this we take our bikes to the stadium of Sct. Jakob's Park, the home ground of FC Basel, where we attend the Swiss super league match versus FC Vaduz from Liechtenstein. I have some problems because of my 'wrongly coloured' shirt from Odense Boldklub. But I want to greet the eks-OB player Daniel Hoegh, who now plays for Basel, in it. And I succeed in doing that. We have lunch at the stadium. After the match we go into the city centre and visit the magnificent cathedral. Afterwards we amble about in the old city and have an ice cream and a cup of coffee on a street cafe. All shops are closed, but we find one open in the railway station and shop for dinner, which we prepare and have at the youth hostel. Later I stroll down to the riverside in order to take a swim, but Simon does not want to accompany me. It's a perfect summer evening, which I end on a pub's terrace on the river bank. 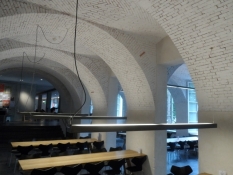 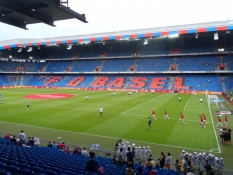 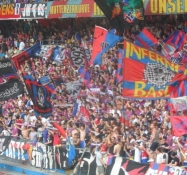 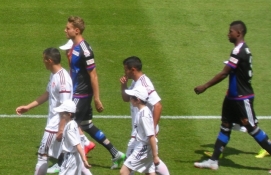 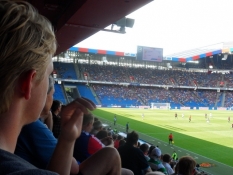 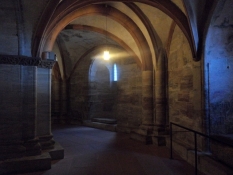 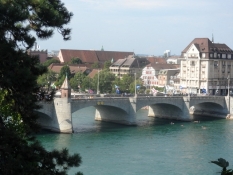 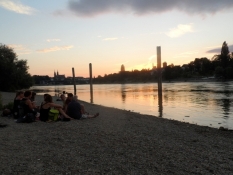 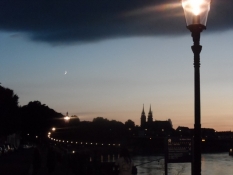 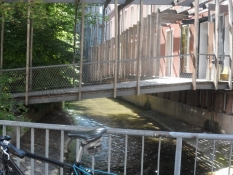