An overcast day, before it starts to rain in the afternoon, and so it goes on for the rest of the day. Chiller, with about 20°C. The wind is still light.

All the way from Chimay back to the river Meuse we cycle on a path called ravel (line no. 156). Ravel is the Belgian counterpart to The Green Paths of France. In this case it is an excellent disused railway track. The first part from shortly after Chimay to Mariembourg has just been opened, and the tarmac is especially smooth. At Mariembourg the path is suspended, and one has to go through the town, first on a fairly big road without a bike lane, then through the town centre, before one is back on the ravel. Down at the Meuse there's also a path along the river, which lacks between Waulsort and Anseremme. After Dinant some stretches of the path are in poor condition, and there are som cobblestone pieces. They're building the path, so there is a deviation to the other side of the river, but it's perfectly signposted, so it's easy to find our way. Shortly before the youth hostel of Namur we're back on the ravel-path along the river.

The longest stage of the bike holiday with its 93 km. But also the easiest one with the fewest altitude metres. Accommodation at the youth hostel of Namur. 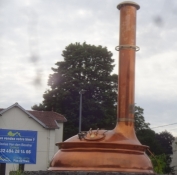 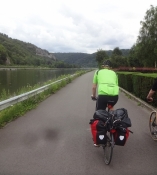 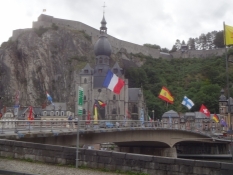 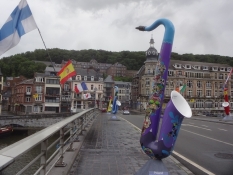 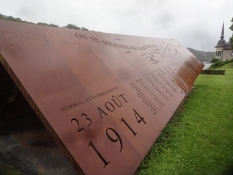 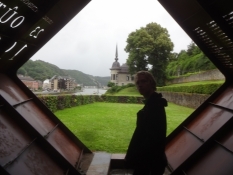 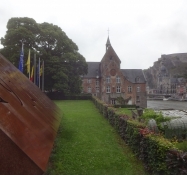